THE ABBEY OF MAREDSOUS

The Abbey of Maredsous was founded in 1872 in the Molignée valley by Benedictine monks. Its architectural style is neo-Gothic and it matches perfectly with the wooded and undulating nature of the region.

The Abbey of Maredsous buildings emit spirituality and a feeling of fullness that you will not be able to resist. The church, the cloister, the monastery, the library, the various outbuildings such as the old school of artistic crafts and the Saint-Joseph reception center make up a harmonious whole, encouraging visitors to walking and meditating.

The monks’ life in the Abbey of Maredsous

Just like the Cistercian and the Trappist monks, the Abbey’s monks have agreed to follow the rule of Saint-Benedict, a course of action that makes them share their life between prayers, work and tradition of hospitality.

Maredsous’ monks have been well integrated into our modern society and have developed an economy that meets the requirements of the sacred and of the community. Each monk has a very special task to complete: some of them teach, while others work in the bookshop, in various domains of scientific research, in the Data Center and Bible or are in charge of the administration service and functioning of the Abbey. Monks also collaborate in the artistic crafts, in the cheese factory or welcome visitors.

Above all, the Abbey of Maredsous is a cultural household: since 1882, it has been welcoming an art, craft and publishing center.

This publishing center is behind the first French-Latin missal and a translation of the Bible in French in 1950. In the same context, monks have been broadcasting the Bible on floppy disks since 1981 and have been editing survey and biblical reading softwares since then.

→ To Abbey of Maredsous

→ To the information  - Basilica 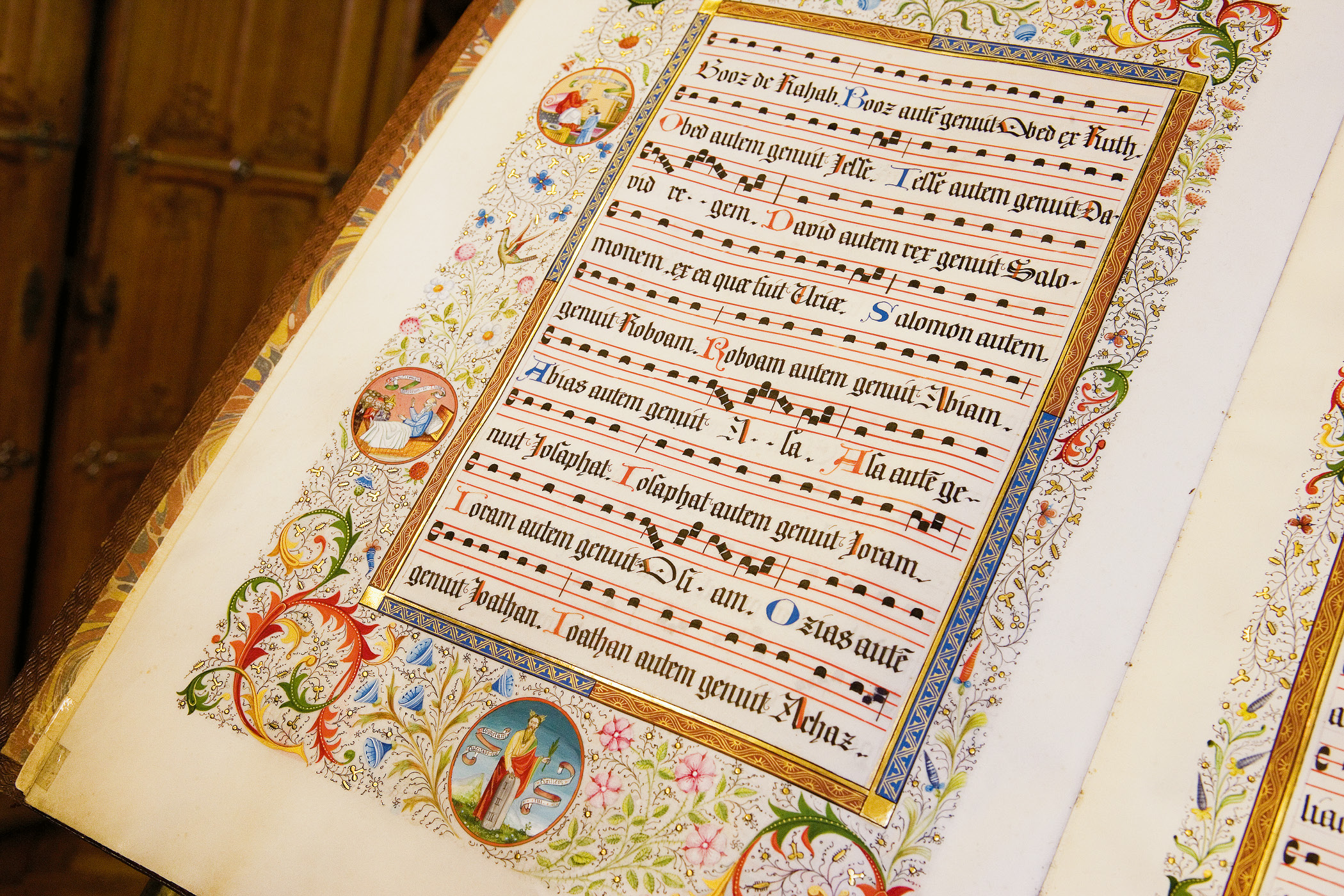 Your ticket for the: The abbey